Rahul Sahay is a junior majoring in physics and mathematics at UC Berkeley. have been involved with two research groups: Kam-Biu Luks high energy experiment group where his research is centered around the optimization of a detector in the internationally collaborative DUNE experiment. In 2019 Rahul joined Norman Yaos condensed matter theory and atomic experiment group. Rahul serves as the vice president of the UC Berkeley of Physics Students where he created the first undergraduate seminar series for the Department of Physics. He was also the recipient of the Isadore Pomerantz Award given to Berkeley undergraduates who demonstrate a strong academic record. Rahul plans to pursue a Ph.D. in Physics. His professional goal is to be a professor at atop university, developing experimentally realizable theories at the interface of condensed matter physics and high energy physics. 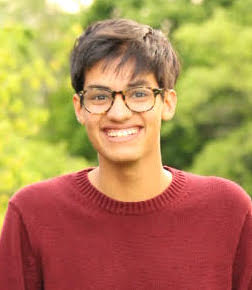